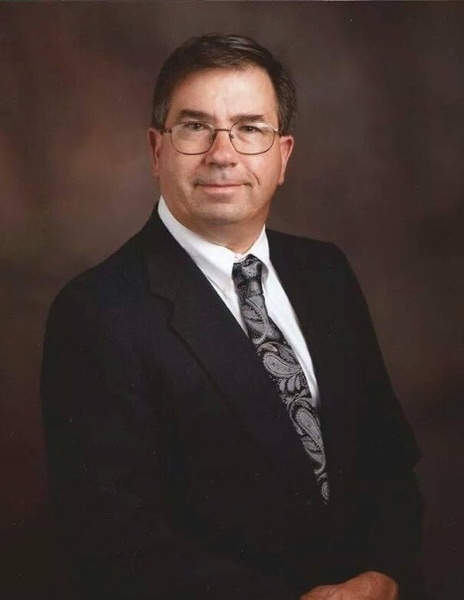 William Francis (Billy) Finethy, 58, husband of Carol Latimer Finethy, entered into eternal rest on January 29, 2022, after complications from a two-year battle with cancer.

Funeral services will be held at 3:00 PM Sunday, February 13th at Bishopville Presbyterian Church with the Reverends Chris Parnell and Jeremiah Thomas officiating.  Burial with Masonic Rites will follow in the church cemetery directed by Norton Funeral Home, Bishopville.  In lieu of a visitation, the family will receive friends at a reception following the service in the church fellowship hall.

Billy was born on April 8, 1963, in Lowell MA, a son of the late Walter Robert Finethy, Sr. and Gertrude Logan Finethy.  Along with his younger brother, Buddy, he was raised in the Princeton Community near Honea Path, SC by their adoptive aunt, Leila Mae Woods Chastain.  He was a graduate of Belton-Honea Path High School and a member of the Future Farmers of America (FFA). After high school, he worked for GNC in the Greenville area and later for Southeastern Freightlines (SEFL) in Greenville on the loading dock.  But his true calling was driving, having learned a love of the road working with his father and older brother Bob in the family antiques and furniture business at the age of 16.  They traveled up and down the East coast from South Carolina to New Hampshire buying and selling the “treasures” that his dad had a knack for spotting.  As his Aunt Leila said of him often, Billy was “never happier than when he had wheels under his behind” and that proved to be truer than she would have guessed.  Billy learned to drive big trucks while working at SEFL but left there to drive as an indpendent operator and then as a contract driver with Roadway.  After he left Roadway, he spent the next decade-plus with BiLo first as a driver and then as the used equipment warehouse manager which allowed him to be home every evening with his older son Matthew.  During his time at BiLo, he studied auctioneering at Southeastern School of Auctioneering and real estate at SC Real Estate School in Greenville and spent time training to open his own auctioneering business working with Meares Auctioneering. After he moved to Columbia, he continued in his auctioneering business while selling real estate until 2005 when he gratefully returned to the road as a P&D driver with the company he had always regretted leaving, SEFL. Having successfully fought cancer twice in the last two years but being allowed, by the grace of God each time, to return to SEFL made Billy the happiest and most likely the most grateful employee and enthusiastic ambassador for the company that gave him his start.

Billy was as avid a collector (and sometimes seller) of “treasures” as his father was.  He loved to tinker with lawn mowers and bicycles and selling one never ceased to make him happy.  He loved to work on old tractors which may have been the only thing that made him happier than driving.

He was a member of Centennial Associate Reformed Presbyterian Church in Columbia but had recently found a fellowship with some new friends at Wayside Baptist Church in Bishopville during his latest bout with cancer.

For the last five years, he served Timmerman School BSA Troop 3 as an Assistant Scoutmaster, Chaplain and had just been installed as Scoutmaster in January. He loved working with his son Patrick and the other scouts, and it was his fondest desire that they all achieve the rank of Eagle.  He was also a member of the Order of the Arrow - Muscogee Lodge in Columbia.

A longtime member of Princeton Lodge #129, Billy was a Master Mason having recently been installed as Master for a second time.  He was also a member of the Scottish Rite.

Pallbearers are Steve Allen; Thomas Crane; Bobby Russell; Mark Stewart; Sean Taks and Benny Welch.  Honorary pallbearers are his brothers at the Princeton Masonic Lodge and his fellow drivers and coworkers at SEFL.

To order memorial trees or send flowers to the family in memory of William F. "Billy" Finethy, please visit our flower store.