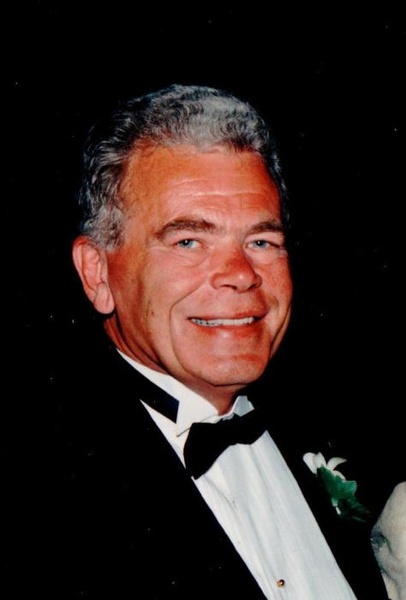 William (Bill) J. Muehlenkamp, Jr. age 83 passed away Saturday, November 9th, 2019 at McLeod Hospice House in Florence, SC, only 11 days away from his 84th birthday.  Blind from macular degeneration Bill courageously fought Parkinson’s, other illnesses and constant pain.  He was cared for and drew strength from Deena J. Muehlenkamp, wife of 25 years.  In November 2017 they moved to Hartsville, SC to be closer to Deena’s family.

Bill was born in Ft. Thomas, KY, the son of the late William J. Muehlenkamp, Sr. and Thelma Henrietta Kampsen Muehlenkamp.  He graduated from Thomas More University and Cincinnati Mortuary College.  He was a successful senior partner of Muehlenkamp Erschell Funeral Homes.  Bill served many years as President of the Cincinnati Cremation Company.

Bill had a wide range of hobbies and social activities, including charity organizations. While living in Ft. Thomas, KY, Bill loved boating on the Ohio River, Captain of his prized Sea Ray “A Confederacy Of Dunces” named from a favorite novel.  Reading was a pleasure to him, plus softball teams and golfing at Ryland Lakes and Highland Country Clubs.

Aviation was one of Bill’s passions.  He tried to enlist in the Navy as a test pilot with friend Bob Campbell.  Bob was accepted and Bill was not because of his eyesight.  Overcoming challenges was one of Bill’s strong suits.  He went on to get private aviation license and joined a flying club.  Flying small planes developed into such an interest for Bill, that his son Hank went on to get his commercial rating and a job at Boeing in Seattle, WA as a Quality Control Manager, making Bill very proud.

Retirement brought Bill and Deena to Bonita Springs, FL, where they joined Shadow Wood Country Club, made numerous new friends, golfed and traveled with a few.  Most memorable were the Beaches of Normandy.  Bill stood in awe of the task the allies had, and the 10,000 white crosses.  He played golf at Mount Juliet, Ireland and the food was unforgettable in Paris.

Bill was a big hearted man, quiet by nature, but firm in belief and commitment.  Admired by family, friends and business acquaintances, he will be missed by all who knew and loved him, not least the family dog Yancey.

Services of Remembrance will be held 2:00pm Tuesday, November 26, 2019 at The Chapel Of Norton Funeral Home.  Pastor Gene Feagin will officiate.

Memorials may be made to McLeod Hospice House, 1203 East Cheves Street, Florence, SC 29506.

Norton Funeral Home is honored to be serving the Muehlenkamp family.

To order memorial trees or send flowers to the family in memory of William "Bill" Muehlenkamp, please visit our flower store.