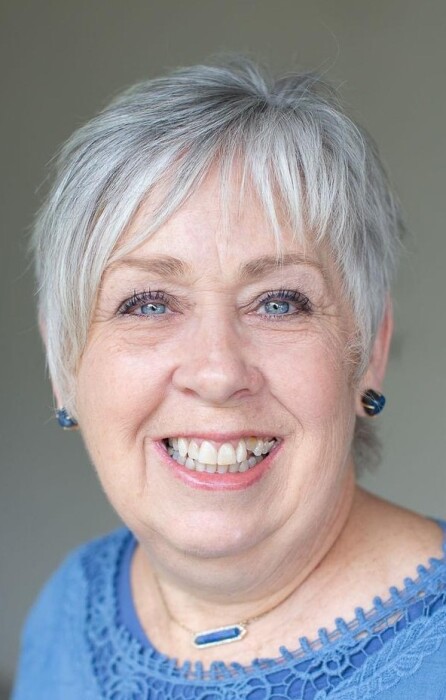 Theresa Lynn McArthur went to be with Jesus on March 2nd, 2022. Services will be held Saturday, March 5th at Norton Funeral home in Hartsville, SC. There will be a visitation from 9:00 am to 10:00 am, with services following. Born Theresa Booth in Galion Ohio she grew up in New Carlisle. She was a member of Lake avenue Christian church, which is now known as restoration park Church. Theresa graduated from Tecumseh high school in 1975. While attending high school there she loved being part of a singing group named the New Life Singers. She also met a special gentleman there named Dan McArthur, who became the very love of her life. They were married at her home church on May 14, 1977. After they began their married life and started adding children to their family she found joy in staying home to care for and homeschool her kids in the early years of their lives. In 1989 Dan and Theresa took a leap of faith and sold everything they owned, including their house, their cars, and most of their possessions and flew their four children under the age of 9 to Zimbabwe, Africa because God told them to go and that was enough for them. Theresa and Dan worked on the mission field in Zimbabwe for 28 years where they did pastoral training, church planting, discipleship training, elementary school building, orphan care programs, homeless children ministry, evangelism, neighborhood youth ministry, leadership seminars, itinerant pastoral work, and a whole lot of praying. She became a spiritual leader and mother to countless people, including a surprise fifth addition to the group of McArthur kids. In 2017 Theresa and Dan made the decision to move to Gordons Bay, South Africa where they broadened their territory for their seminars and traveling ministry. They also spent a great deal of time writing and editing a novel that Dan had been working on. Dan’s book was published in 2020 and Theresa had great pride in her husbands novel but recieved the honor of having her own name alongside his when they published their book Overcoming Your Adversaries in 2021. Theresa will be deeply missed by her husband, Dan and their five children: Shonda, (Damien Mangabhai), Lisha (Luke Fine), Robby (Tatum), Charis (Dan Barrins), and Andrew (Bianca) as well as her 12 grandchildren and her own siblings, Perry Booth, Sharon Weaver, Laurie Bertelson and their spouses. In lieu of flowers, donations can be made to Vision For Africa Mission or Tapuwa Upenyu Orphan Program. Both can be accessed at vfamissions.org or mailed to: Vision for Africa PO Box 24832 Dayton, OH 45424.

Norton Funeral Home is honored to serve the McArthur family.

To order memorial trees or send flowers to the family in memory of Theresa Lynn McArthur, please visit our flower store.