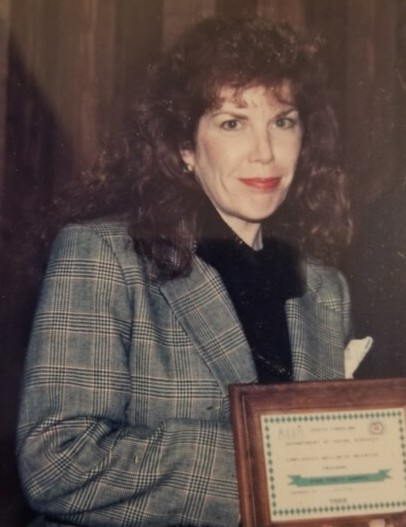 Terri was a supervisor in the Division of Managed Care for the SC Department of Health and Human Services.  She spent most of her career working for the state of South Carolina helping people in need.  She loved following politics, the news, and just about anything science related (especially about animals and space).  Terri was an avid movie buff.  She was warm, smart, and had a wicked sense of humor.  She will be dearly missed.

There will be a small gathering for family at a later date.  In lieu of sending flowers, please make donations in support of a women’s or animal shelter.

To order memorial trees or send flowers to the family in memory of Terri Brown Fridy, please visit our flower store.