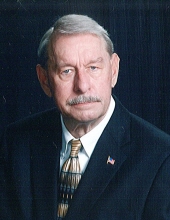 Born on March 14, 1944 in Bishopville, SC, he was a son of the late Frank Berry and Marjorie Smith Berry.

He was a 1971 graduate of Newberry College and a member of Kappa Alpha Fraternity. He worked in banking for 43 years, retiring from First Community Bank.

Myron was a US Army veteran serving during the Vietnam War. A Purple Heart recipient and a genuine patriot,… he honorably served his country for 33 years in both the US Army and the SC National Guard, retiring with the rank of Sgt. Major.

Memories and condolences may be shared with the family at www.whitakerfuneralhome.com.
Whitaker Funeral Home of Newberry is assisting the family.

Norton Funeral Home of Bishopville published this obituary as a courtesy to local family and friends.

To order memorial trees or send flowers to the family in memory of Sgt. Major Franklin Berry, please visit our flower store.