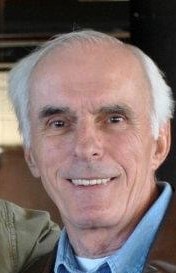 Graveside service for Roger Gerald (Jerry) Garrett age 71 will be held Friday at 3:00 at the Wayside Baptist Church Cemetery directed by Norton Funeral Home. Rev. Buddy Amerson will officiate. Friends may view Jerry at Norton Funeral Home anytime Thursday from 3-5 pm.  The family will be other times at the residence, 143 Woodham Road, Bishopville, S.C.

Jerry was born in Darlington a son of the late Thomas Jefferson and Eula Andrews Garrett. He was retired from Rexam. He was a fun loving person who always had a comical comment whenever you would talk to him. Jerry was a loving husband, father and grandfather.

Norton Funeral Home is honored to serve the Garrett family.

To order memorial trees or send flowers to the family in memory of Roger Gerald Garrett, please visit our flower store.