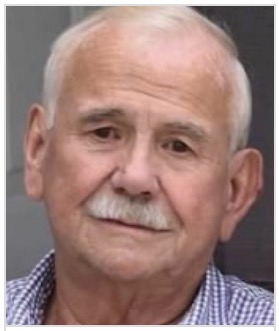 We are honored to post Mr. Barnes Obituary for local friends and family.  Stephens Funeral Home and Crematory in Manning are handling the arrangements.

MANNING - Robert R. “Bob” Barnes, 74, passed away February 11, 2022. He was born June 24, 1947 in Noble County, Indiana the son of the late Ralph and Lucille Aldrich Barnes. After graduating from Lakeland High School in 1965, he served his country in the Navy for four years. He retired from Food Marketing. Bob retired early and enjoyed life on the lakes in northern Indiana before moving to South Carolina. He was a fun-loving person who loved spending time with family, playing golf with friends, fishing, cooking, socializing, and traveling. He loved spending time on the water. He enjoyed watching his grandchildren play sports. He was an avid euchre player. He will be remembered for his coupon clipping and “little white lies”. He is survived by his wife Jill Beckham of Manning; former wife and children’s mother Bobbi (Hohenstein) Barnes; daughter Stephani (Edward) Sclesky of Charleston, SC; Scott (Kristin) Barnes of Fort Wayne, IN; sister Sally (Phil) Hopkins of Gainesville, FL; grand children Jack and Carley Sclesky; numerous nieces and nephews and his beloved dog Molly. He was preceded in death by his sister Sue (Cal) Schlemmer of LaGrange, IN and his nephew Mark Hopkins of Gainesville, FL. There will be no service at this time, but a celebration of life will be planned for a later date. Stephens Funeral Home & Crematory, 304 N. Church Street, Manning, is in charge of the arrangements, (803) 435-2179. www.stephensfuneralhome.org
To order memorial trees or send flowers to the family in memory of Robert R. "Bob" Barnes, please visit our flower store.