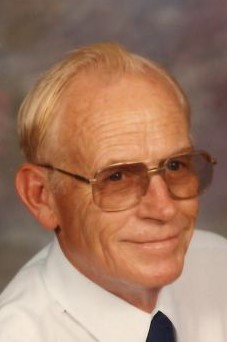 Norris Nathan Phillips, 84, was called home to be with his Jesus on January 3, 2022 surrounded by his loving family.  He was born on January 5, 1937 in Marion County, SC to Thomas E. Phillips, Sr. and Leatha Capps Phillips.

After graduating from Marion High School in 1955, he joined the US Navy in January 1956 and served 4 years as a Third-Class Radioman Communications Operator.  Much of his time was spent in the Pacific on the destroyer, USS Shields.

One of his greatest pleasures in life was serving the Lord at Forest Hills Independent Baptist Church, formerly John Wesley Independent Methodist Church.  He spent many hours repairing and servicing buses for the church’s bus ministry, which brought many children to the Lord, some who still serve today.  He was also instrumental in the yearly bar-b-que fundraiser.  He served more than 25 years as a steward and trustee of the church, as well as a member of the John Wesley School board.  After Hurricane Hugo, while working with his pastor and friend, Bro. John Smith, on a parishioner’s roof, he fell off the roof and broke his back.  This resulted in him having to retire from Nucor Steel after 18 years of service.  During his tenure there, he worked as a machinist eventually being promoted to maintenance supervisor.

Norris was an avid saltwater angler.  From an early age of ten years old, he began surf fishing in Horry County.  He later realized his favorite place to fish was Surfside Pier.  He spent many years there fishing for whiting, spots, and king mackerel.  As a charter member of the Surfside Float Fishing Association, he earned numerous awards for largest species caught.  His greatest achievement as a float fisher was his 32 lb. 6 oz. king mackerel caught as the first largest king mackerel of the season on April 27, 1988.  He continued to share his love of fishing with his sons and grandsons until his health diminished in approximately 2007.  His legacy still lives on when the boys hit the strand.

Services in celebration of Mr. Phillips’ life will be held on Thursday, January 6, 2022 at 2:00 pm at Forest Hills Independent Baptist Church under the direction of Norton Funeral Home.  Pastor James E. (Jim) Murray will be officiating.  Burial will be immediately following the service at Darlington Memory Gardens with Military Honors.  The family will receive friends one hour prior to the service at the church and other times at the residence.

The Phillips family would like to extend their appreciation and gratitude to Dr. William Powell and the staff and members of Agape Care Hospice for the months of service and care they bestowed upon Mr. Phillips and the family.  In lieu of flowers, donations can be made to the building fund and/or missions at Forest Hills Independent Baptist Church.

Norton Funeral Home & Crematory is honored to be serving the Phillips family.

To order memorial trees or send flowers to the family in memory of Norris Nathan Phillips, please visit our flower store.