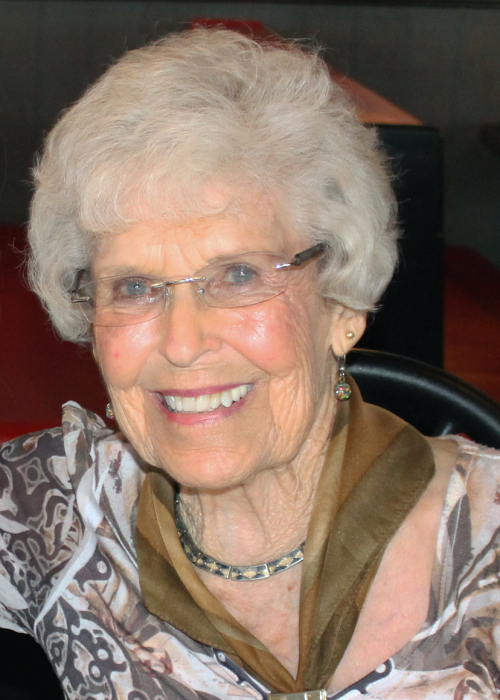 From an untroubled sleep in her own bed at home in Bishopville, Melba Ena “Bena” Shuford was called to rejoin her maker. Only months before her 100th birthday, and despite various debilitating ailments, Bena’s quiet but resolute faith burnt bright and she continued to bring joy to everyone in her midst. No more generous, thoughtful, and loving soul has walked this earth. All of us who walked with her in this life are forever changed by those moments at her side.

She was born in Greeleyville, SC, June 1921, the second of two children, to Jessie Ena Hatchell and Julius Elliot Stokes. Graduating from Lynchburg High School in 1938, she found work in secretarial positions in Bishopville. Bena was also able to attend the Columbia School of Commerce, receiving an Associates Degree in 1942.

Besides work and a chance for a degree in secretarial management, she found in Bishopville as well a young Davie Warren Shuford. The two were married on the 2nd of December in 1944, just before Davie, along with the three other Shuford brothers, enlisted to join the war effort in the European and Pacific Theaters. Davie fought with the Marines at Guadalcanal; Bena remained in Bishopville with the Shuford ladies to hold down the Homefront until the War ended, and all the brothers returned home.

After the War, Bena moved with her husband to Drake, SC where he began his career in the wood and veneer business, which, with corporate promotions, carried Bena and their growing family to Pamplico, SC; Maplesville, AL; Jacksonville, NC; to retirement in Garden City and Murrells Inlet, and finally back home to Bishopville. Bena continued her secretarial work as she helped sustain the family and raised three young children. She worked with the Lee County Council on Aging well into her late 80’s.

Predeceased by her husband in 1993, and her youngest daughter Patricia June ShufordRadcliffe (2008), she is survived by her son Davie Warren Shuford, Jr (Alex) of Alpharetta, GA; her daughter Florence Elizabeth Cummings of Manchester, TN; two granddaughters, Jessica Ena Radcliffe-Herndon and Sasha Cummings-Sloan; and four great-grandchildren. She has lived this past decade in the Shuford Homestead with her closest friend and sister-in-law, Ruth Shuford.

Bena had a special gift for memorizing poetry and would endlessly delight her family and friends on special occasions with perfect, complete, and sometimes very lengthy, recitations of literally volumes of poetry that she had committed to memory. Her friends and family will remember Bena for her unwavering optimism, her self-reliance, her absolute faith in her Creator and the one-ness of the spiritual and natural worlds. Bena’s spiritual essence translated to a striking physical beauty and strength that never faded even in her final days with us.

In a recent message (she was a prolific writer!) she wrote: “We belong to a wonderful Creator. Made in His image and likeness, he allows each of us to create our own ‘individual worlds,’ built over time by our predominant patterns of thought: take your thinking to a higher level of consciousness -- and you change your world!”

A memorial service will be scheduled at an appropriate time in the summer. In lieu of flowers, the family asks for any donations to go to Bethlehem United Methodist Church or to her most cherished charity, St. Jude’s Children Research Hospital.

Norton Funeral Home is honored to be serving the Shuford family.

To order memorial trees or send flowers to the family in memory of Melba Stokes Shuford, please visit our flower store.