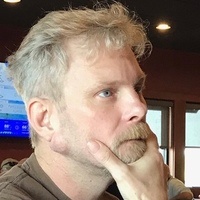 Matthew Chisholm age 44 passed away September 16 at his residence.

Matt was born July 14, 1975 in Darlington, S.C. to Ernie Lee Starling and the late James Carol Chisholm. He worked in traveling construction. He served in the United States Marine Corp. On December 31,1994, he married Dianna Morris Chisholm.

Norton Funeral Home is honored to serve the Chisholm family.

To order memorial trees or send flowers to the family in memory of Matthew Chisholm, please visit our flower store.