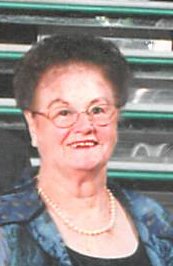 This obituary is being posted by Norton Funeral Home as a courtesy to the Coward family.  All services are being held in Texas and being directed by Cottle-Pearson Funeral Home.

Services for Mary Louise Arber, 90, Arp, are scheduled for 3:00 pm, Wednesday, June 12, 2019 in the Cottle-Pearson Funeral Home chapel with Reverend Brian Williams officiating. Burial will be in the Mason Cemetery.

Mrs. Arber went home to be with her Lord, Sunday, June 9, 2019 in Tyler. She was born June 19, 1928 in Greenville, North Carolina to the late Milton and Eva Lovick. She married the love of her life, Donald “Don” Arber on March 24, 1961 in Sumter, South Carolina. She has been in the East Texas area since 1991.  She was a homemaker who loved her family. She was a wonderful caregiver and was the best mother in all the world.  She was a very active member of the Assembly of God Church in Arp and was part of the Willing Workers.  She helped in funerals, vacation bible school and enjoyed taking her son to sports activities.

The family will receive friends at Cottle-Pearson Funeral Home Tuesday, June 11, 2019 from 5-7pm.

To order memorial trees or send flowers to the family in memory of Mary Arber, please visit our flower store.