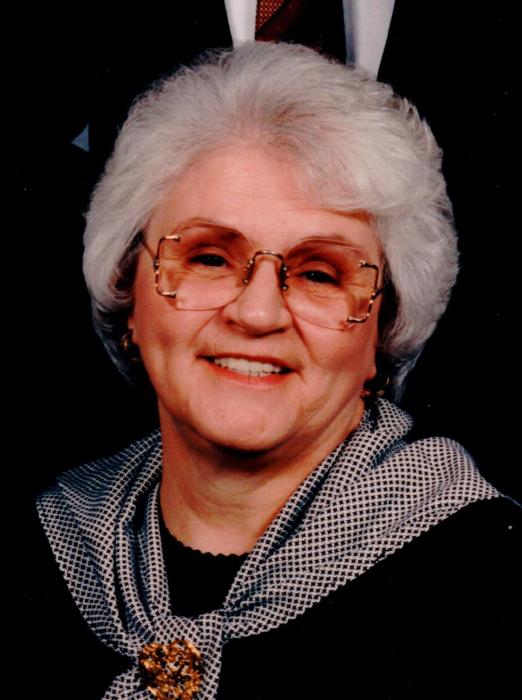 Louise F. Williamson, 84, died at Lexington Medical Center on September 6, 2019 after a prolonged illness.  Her bravery and grace, even under the most trying of circumstances is to be commended and admired.

Louise was born on December 11, 1934 in Chesterfield County to the late Hunter and Mary Faulkenberry.  She and her late husband, James C (Jake) Williamson moved to Hartsville after their marriage in 1956 to raise their family.  She is survived by her two sons and their families: Jimmie (Kim) of Cheraw and David (Nancy) of Hartsville.  Additionally, she is survived by her grandsons, for which she had great love and were the joy of her life: Jordan Williamson of Charleston, Jake Williamson of Boone, NC, Kendall Williamson of Hartsville, Hunter Williamson of Hartsville and an adopted grandson, Keyshawn Melton of Cheraw, other survivors include a sister, Mary Curlee of Ruby, SC, two sister in laws, Emily Faulkenberry of Ville Platte, LA and Barbara Blakenship of Suwanee, GA and numerous nieces and nephews.

Louise enjoyed people and working with the public.  She retired from Carolina Power & Light as the switchboard operator and was later called into service to serve as the Administrative Assistant for Agape Hospice in Hartsville, SC.  Between those times, she enjoyed being “Vanna White” as she drove cars through the auto auction in Darlington.  The common element in all of her professional endeavors was that she was constantly in contact with people, leaving joy and kindness wherever she passed.  She will be missed by many. She was a charter member of First Independent (Southern) Methodist Church of Hartsville.

During her final months, she was a resident of The Retreat at Carolina Bay Assisted Living.  The family would like to thank all of the caregivers and staff for their love and support during her difficult and progressive illness.  Particular thanks go to Robbie Strickland, RN of The Retreat and to Sherry Elder, FNP of SC House Calls for their love, concern and excellent care.  Additionally, thanks go to Dr. Mac Chapman and Dr. Terry Grainger for their constant care and support of her clinically complex issues.

There will be a graveside service at Magnolia Cemetery on Sunday, September 8, 2019 at 4pm officiated by Rev. G. Scott Middleton.  The family will receive visitors at Norton Funeral Home, Hartsville, SC prior to the service from 2pm – 3:30pm on Sunday and at other times at 408 Third Street, Cheraw, SC

Norton Funeral Home of Hartsville, SC is handling arrangements for the family.

To order memorial trees or send flowers to the family in memory of Louise Williamson, please visit our flower store.