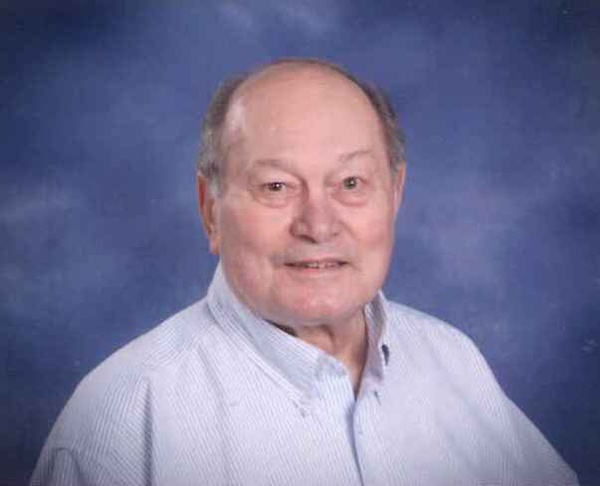 Lide Marvin (Buddy) Winburn Sr., age 82, went to be with his Lord on December 14, 2018. Funeral services will be held Tuesday at 2:00 at the Emmanuel Baptist Church. Rev. Paul Coward, Jr., Dr. Ernest Winburn and Rev. Joey Colson will officiate. Burial will be in Magnolia Cemetery directed by Norton Funeral Home. Visitation will be Monday 5-7 pm at Norton Funeral Home.

Lide served his country in the Navy aboard an aircraft carrier and in submarines during the Korean War.  His time in the Navy sparked a lifelong love for travel. His favorite destination was Rome, Italy, and would have loved to return.

Lide retired from Sonoco Products Company with over 40 years of service where he supervised the Power Plant.

Lide, a dedicated Christian, came to know the Lord at an early age under the guidance and godly influence of his stepmother, Margaret.  He was a member of and worshiped at Emmanuel Baptist Church. He was a devoted greeter with God's Special People for many years and made sure there was someone there each Sunday to help with them.  He loved the fellowship of Living Hope Sunday School class and welcomed everyone he met with a warm hug.  For many years, he was known as the “coffee man” who was in charge of the coffee for special events at church.  Later, he was known for his coleslaw!

Serving as a member of the Board of Directors of Lakeview Country Club and the Ole Timers Club was a special honor.  He was a member of the American Legion for over fifty years and truly enjoyed the fellowship.

Lide  was a pole manager for many years at Precinct 8 at North Hartsville School. He loved meeting the voters and candidates in every primary and election. He took this position very seriously and made sure all candidates received a fair election. He was very civic minded and kept up with the current events of Hartsville. He will be missed in so many areas of the community.

Lide enjoyed being with people and could be found at one of the many breakfast places in town each morning. All of the current events of the town were discussed and brought home to share with his wife daily.  He always loved feeding people and served as the cook for the American Legion with his good friend Heber Ellison for many years. He helped cook at church, for the Gamecock Club, and with anyone who was doing a benefit that needed him. He was known for his Christmas Eve lunch feast every year at his home.  It was attended by many friends and relatives. Lide had a servant's heart and showed it through his cooking.

Reading the State newspaper and keeping up with the Carolina Gamecocks was a daily ritual for him.  He was a good sport and had season tickets for the football games until his health prevented him from attending.

The loves of his life were His Lord and Savior, Jesus Christ, and  his wife, son,  and daughter-in-law. The pure joy of his life was his grandson, Duncan. Nothing pleased him more than to brag about Duncan's accomplishments and progress as a young man.  He welcomed an adopted grandson, Tanner, this year.

Lide was a wonderful and caring husband, father, Papa, Uncle Buddy, and friend. He enjoyed life and being with his family and friends.  He loved passionately and was loved in return. Rest well, our love, and we will see you in the morning.

Memorials may be made to Emmanuel Baptist Church, 949 N. Marquis Highway, Hartsville, S.C. 29550

Norton Funeral Home is honored to serve the Winburn family.


To order memorial trees or send flowers to the family in memory of Lide Winburn, please visit our flower store.