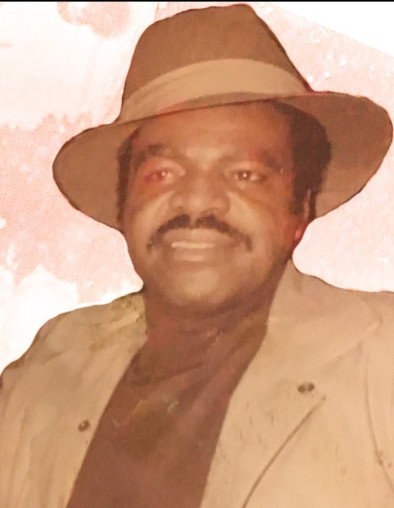 Services of Remembrance for Mr. Larry Eugene Frierson age 67 will be held Thursday, September 24, 2020 at 3:00pm in the parking lot of Norton Funeral Home, Bishopville Chapel.  A time of visitation will be Thursday at the funeral home 1:00-3:00pm.  The family will receive friends other times at the residence of Ray Frierson, 150 Hopkins Road, Bishopville, SC 29010.

Mr. Larry Eugene Frierson was born on February 13, 1953 to the late Willie James Frierson and Ada B. Scarborough Frierson.

At an early age, Larry joined Mt. Hermon Missionary Baptist Church. He attended Dennis High School, Bishopville, SC. Larry was a Master Mason a trade taught to him by his father he was the owner of Frierson Masonry. He was a union member Brick Layers Masons and Blasters International Union of America Local #37. He was employed in the state of New Jersey and New York over 20+ years before returning to South Carolina to continue his career and contribution to the craft of masonry.

Humble, out-spoken, giving and friendly are all words that can be used to describe Larry. However, the words which best describes Larry are zealous, creative, and self-directed. Larry’s personal motto, “I’m going to do it my way.” On April 3, 1972, Larry united in holy matrimony to Betty Ann Kelly. To their union three children were born. He leaves to cherish his wife of 48 years Betty, three sons, Terance Lynn, Monte Eugene and Ryan Jarroid of Lithonia, GA., four brothers William (Patricia) of Dalzell, SC, Willis Frierson and Omega ( Karen) ) Wilson of Bishopville, SC., and one preceded him in death James Ray Frierson., one sister Dr. Ada Vanessa Bradley (Leslie) of McDonough, GA. He also leaves behind 2 grandsons Quavon and Jaden Frierson and one granddaughter Madison Kelly, two uncles Robert Cook and Roosevelt Joe of Sumter, SC and three aunts Mae Belle Cook, Bertha Frazier and Juanita Joe, two sister-in-laws a host of nieces, nephews, cousins and best friends of over 40 years Willie Mickens (Big-Shot) and John Wilson and other relatives and friends.

Norton Funeral Home is honored to be serving the Frierson family.

To order memorial trees or send flowers to the family in memory of Larry Frierson, please visit our flower store.