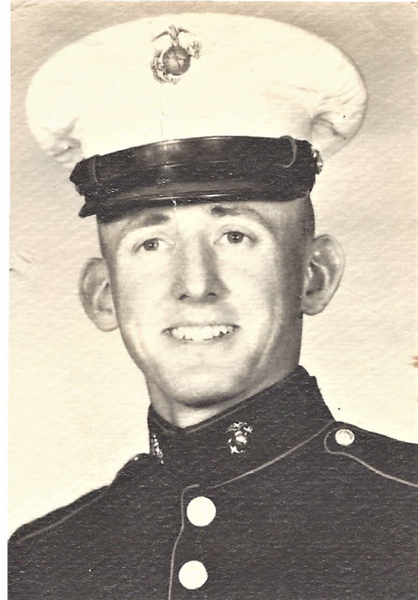 John Edward “Jack” Rotchford, Sr. 79 passed from this life into the presence of his Lord & Savior, Jesus Christ at his residence on Sunday morning January 6.

A visitation will be held Saturday from 11:00 am until Noon at Norton Funeral Home, Hartsville.

Jack requested to be cremated with burial and services at a later date in Arlington National Cemetery.

Born in Natick, Ma September 27, 1939 to the late Joseph B. and Elizabeth M. Vayda Rotchford. He attended Monson Academy in Massachusetts and Norwich University, Military Academy in Vermont before enlisting in the USMC where he served for a total of 18 years.

Jack was a Drill Sgt while at Camp Pendleton, CA.  He was a Vietnam veteran serving three tours and the recipient of 3 purple hearts. He was part of Special Landing Force BLT 1/26 Bravo, 3rd Marine Division aboard the USS Iwo Jima. He was in the battle at Khe Sanh. Later Mr. Rotchford served in Okinawa as Scout/Sniper Instructor. As Weapons Instructor he implemented the then new Dragon Missile System briefing Heads of State, Secretary of the Navy, and the Commandant of the Korean Marine Corps for which he received a Letter of Commendation from the Commanding General of 3rd Marine Division. He was NCOIC of recruiting in Springfield Ma and Sacramento, CA. While on duty in Springfield he was meritoriously promoted to Gunnery Sgt.

Upon separation from the Corps Jack worked as a Supervisor with the US Postal Service at the Mail Processing Center in Shrewsbury, MA retiring in 2001.

He enjoyed many years of league horseshoes and a good game of Cribbage which he never lost. Jack was an avid hunter and never missed a season for bear or deer in the great north woods of the Allagash in Maine. But closest to his heart was spending time with his family for which he held an abiding love.

He was a long-time member of New Life Fellowship A/G in Charlton, MA

In 2016 he and his wife relocated to Hartsville where he attended Christian Fellowship A/G as his health would allow.

“Jack” had a quiet strength that drew people to him. He will be greatly missed by family and all who knew and loved him.

Norton Funeral Home of Hartsville is honored to be serving the Rotchford family.

To order memorial trees or send flowers to the family in memory of John Rotchford, please visit our flower store.