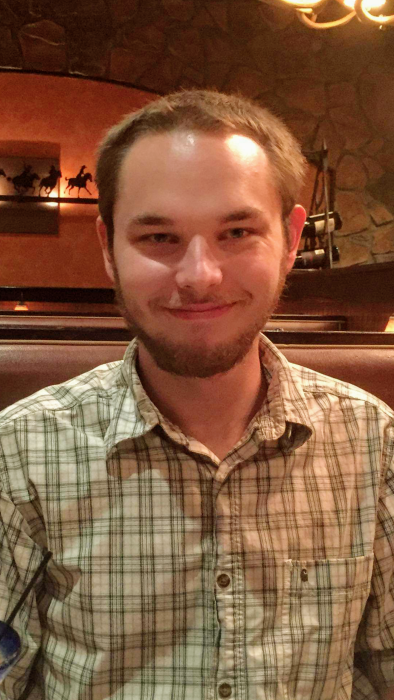 James Carl Daniel Springer (JD), 21, of Hartsville was born in Florence, South Carolina on October 8, 1997 and passed away near his home on July 14, 2019 while riding his motorcycle – one of his great loves. There is no other way James would have wanted to go but on that bike.

All of his life he was full of rambunctious energy: hiking, climbing trees, kayaking, riding his bike, raising his dogs, and being with family and friends. James enjoyed fixing cars and was filled with ambition. From the day he was born to the day he died, he lived his life to the fullest and cared deeply for those he considered family. His shoulder was always available for anyone to cry on, even the people he didn’t like, and would give anyone the shirt off his back.

He left behind a loving wife, Abigail Springer, who he adored greatly – more than I ever thought he could love another. He is survived by his parents, Tina Berry and John Springer, along with his sister, Samantha Springer, brother-in-law, Josh A. Miller, and only nephew, Joshua C. Miller (the only kid that ever made him consider having his own child). Tina and Samantha raised James together, they will always be the three amigos. His father-in-law and step-mother-in-law, Ray and Nancy Schnell, were also a huge part of his life.

Funeral arrangements are being handled by Norton Funeral Home. There will be a celebration of life service for family and close friends Thursday, July 18th, at 6 p.m. Please join us at Ghost Town on Fletcher’s Farm in Hartsville – where James loved working in the fall. The address is 765 Walton Way, Hartsville, South Carolina, 29550.

Written with all the love in the world by Samantha Springer

To order memorial trees or send flowers to the family in memory of James Carl Springer, please visit our flower store.