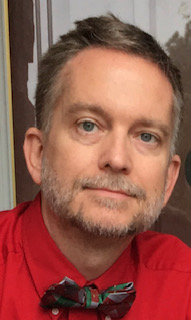 Mr. Meshaw was born in Elizabeth City, N.C. a son of John Cardon Meshaw and the late Martha Baugham Meshaw. He was a member of the Rivers of Living Water Church where he played drums as a part of the Praise Team. He worked for Sonoco Products Company for 21 years as a Financial Data Systems Analyst. He was an avid reader who also enjoyed playing the drums and watching sports, especially the Atlanta Braves Baseball in his spare time. Jim was the happiest when he was spending time with his family, including his beloved dog Dexter.

Memorials may be made to the Rivers of Living Water Church, 540 Pond Hollow Road, Hartsville, S.C. 29550.

Norton Funeral Home and Crematory is honored to serve the Meshaw family.

To order memorial trees or send flowers to the family in memory of James Julian Meshaw, please visit our flower store.
Send a Sympathy Card