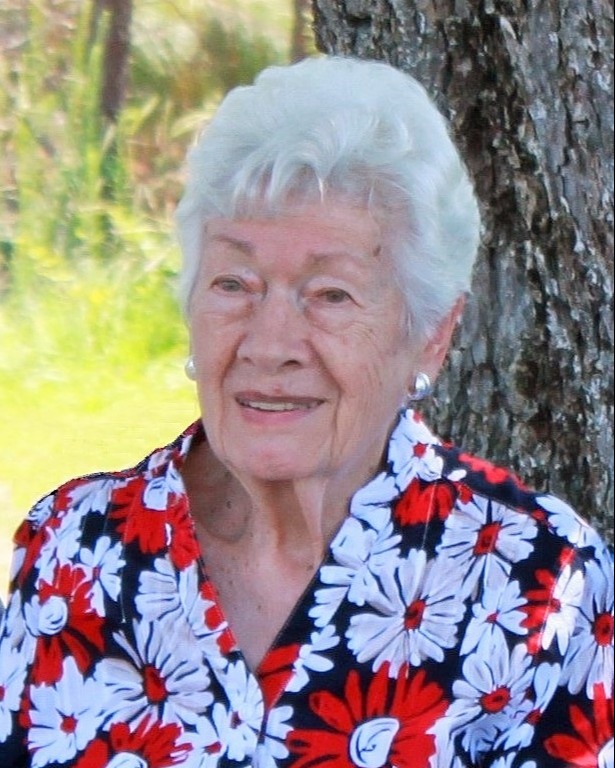 It is with heavy hearts we announce the passing of Gerturd Lange King.

Gertrud Lange King passed away peacefully in the early morning hours on December 29th. She was a loving woman who will forever be loved and cherished. Never to boast, her loved ones would describe her as selfless, caring and the matriarch of the family.
Born in Bad Hersfeld, Germany, to the late Karl and Marie Lange. She was the 2nd of 9 children and described herself as being somewhat mischievous as a young girl. Although her young life was not easy, she had fond memories, especially ice skating with her father and siblings.
She married the late Sgt. James Tyner in 1951 and moved to America to set up a home for her growing family. This would be where she would not only learn to cook, but excel in the kitchen. She had a special way with food and this was just one of the ways she showed her love. Gertrud also enjoyed crocheting and was an avid reader.
Faith and family were the most important things to Gertrud. Her family grew stronger when she married the late James "Jeff" King in 1971. As long-time residents of the Kelleytown community, they were well-respected and active members of their church where she enjoyed helping with children's programs. Sundays were especially important to them because after church the home would be filled with family to share Sunday dinners.
Gertrud enjoyed spending time with her 8 grandchildren 19 great grandchildren and 11 great-great grandchildren. Granny's home was always warm and welcoming. She was proud to be a homemaker and her home was a refuge filled with the smells of homemade bread pudding and apple pancakes.
Left to cherish her memory are her children, Marion Jackson, Shirley (deceased), Alvin Tyner, Mike Tyner and Ginger Sylvester, Leni (Robert) Rosskopf (sister), Hermann (Ida) Lange (brother), Kaethe (Jerry) Combs (sister); grandchildren, Adrienne (Rob) Jaworski , Marie (Bryan) Fox, Hank Lee, Chris Lee (deceased), Meg (J.D.) Davis, Gina (Gene) Melton, Tina (Bob) Fittro, John Hodge. She was preceded in death by Margot Lange (sister), Gerda Fischer (sister), Gunther Lange (brother), Karl Lange (brother),
Kunt Lange (brother).
Norton Funeral Home and Crematory are honored to be of service to the King family.

To order memorial trees or send flowers to the family in memory of Gertrud Lange King, please visit our flower store.