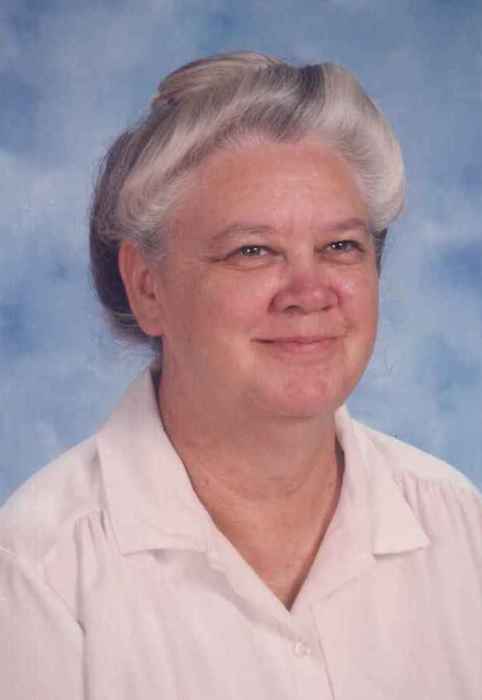 Funeral service will be held at 4:00 p.m. on Friday, February 16th, 2018 at the Dovesville Church of God with Rev.Robert Goins officiating. Burial will follow at the church cemetery and the family will be receiving friends Thursday evening from 6-8 pm at Norton Funeral Home.

Mrs.Winburn was born in Hartsville, SC, a daughter of the late Prince and Maggie Gainey O'Neal. Fay's hobbies were cooking and sewing. She was known for her delicious sheet cakes and cake squares. She never missed to bake a cake or cook something for any church function all the way up until the last one she was able to attend. Before she got sick if you ever went to her house on a Sunday you would find her in the kitchen cooking Sunday dinner and humming to some old gospel song. If you ever needed anything sewed you could go to her and she would fix it or make it.

If you ever needed a good laugh she was the person to go talk to, she was a "character." She had a sense of humor like no other person you would ever meet. Anytime we could go by to see her she would brighten our day. She always welcomed her family and anyone else into her home. She enjoyed going uptown shopping especially at the dollar tree and habitat.

Fay, got saved in 1973 and from then on dedicated her life to serving the Lord. She was a member of the Dovesville Church of God where she was a "prayer warrior" for many years. She was an inspiration to all who knew her. She worked for Red fox apparel and then went to work for Darlington County School District where she retired after cooking in the cafeteria for 20 years.

She was a loving Mama and Mema who will forever be missed. She stated shortly before her passing that "she loved her family here but she was ready to reunite with her family in heaven." She was simply "a good woman."

She was preceded in death by her husband, Jerry Devon Winburn; Her parents Prince and Maggie Gainey O'Neal and six siblings.

A special thanks to Embrace Hospice for their love and compassion shown to her throughout her final days.

Norton Funeral Home of Hartsville is honored to be serving the Winburn family.

One night I dreamed a dream.
As I was walking along the beach with my Lord.
Across the dark sky flashed scenes from my life.
For each scene, I noticed two sets of footprints in the sand,
One belonging to me and one to my Lord.

After the last scene of my life flashed before me,
I looked back at the footprints in the sand.
I noticed that at many times along the path of my life,
especially at the very lowest and saddest times,
there was only one set of footprints.

This really troubled me, so I asked the Lord about it.
"Lord, you said once I decided to follow you,
You'd walk with me all the way.
But I noticed that during the saddest and most troublesome times of my life,
there was only one set of footprints.
I don't understand why, when I needed You the most, You would leave me."

He whispered, "My precious child, I love you and will never leave you
Never, ever, during your trials and testings.
When you saw only one set of footprints,
It was then that I carried you."

To order memorial trees or send flowers to the family in memory of Fay Winburn, please visit our flower store.