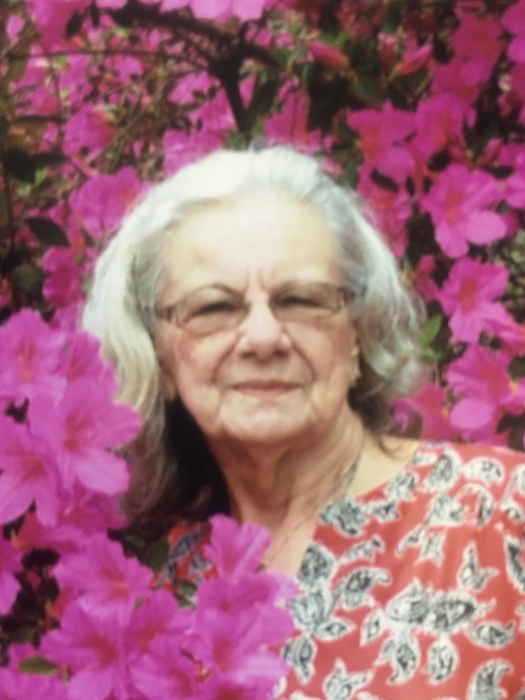 Graveside services for Mrs. Eleanor Sampson Winburn age 85 will be held Saturday August 7, 2021 at 11:00 am at the McBee Cemetery directed by Norton Funeral Home. Rev. Gary Compton will officiate.

Mrs. Winburn was the wife of the late Jay Winburn . Elly was born in Hartford CT on January 31, 1936 a daughter of the late Edmund and Eva (Gabroury) Sampson. She was a graduate of Bloomfield High School, Class of 1953. She worked in Hartford CT as a Rail Road switch operator and moved to McBee South Carolina in 1970 and was employed at the Saleeby Center as a Nurse’s Aide in Hartsville and at A.O. Smith in McBee and retired in 1995. She enjoyed helping sick children and the elderly, motorcycle riding, driving 18-wheeler trucks, camping and the beach.

She is survived by her daughter and son-in-law Donna and Rick Winfield, Lexington, S.C.; a daughter and son-in-law Debbie and Steve Douville of Batesburg, S.C.; son Phillip Bartlett of Mansfield, CT. She also helped raise Shane Farmer of Greenville, S.C. like a son. She also leaves a very dear friend Judy Sullivan, her nine grandchildren and twelve great grandchildren. Besides her husband and parents, she is predeceased by her son Thomas R. Bartlett.

She was a member of the 4th Street Baptist Church in Hartsville and the Hebron United Methodist Church in McBee. She is blessed to be in the Lord’s arms.

Norton Funeral Home of Hartsville is honored to serve the Winburn family.

To order memorial trees or send flowers to the family in memory of Eleanor Sampson Winburn, please visit our flower store.