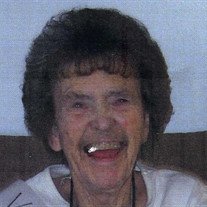 She was a loving wife, mother, and grandmother.

The family would like to express their appreciation to family members, friends, and caregivers who have helped in so many ways.

Services for Mrs. Studdard will be Wednesday, October 10, 2018 at 2:00 P.M. at Thompson Funeral Home. Burial will follow in Piedmont Memory Gardens.

The family suggest that in lieu of flowers memorial contributions may be made to the Piedmont Rescue Squad, PO Box 333, Piedmont, AL 36272

To order memorial trees or send flowers to the family in memory of Donna Studdard, please visit our flower store.