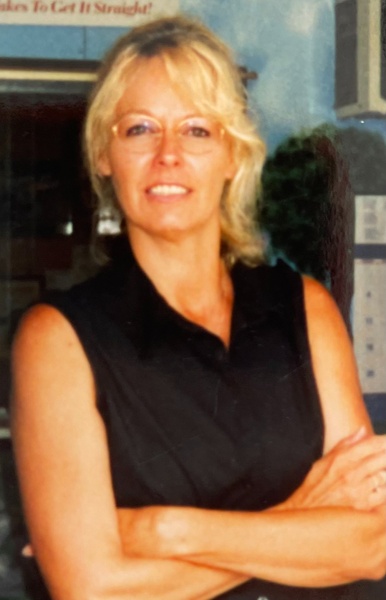 We honor the life of Debra Cross of Hartsville, SC.  Debra passed away peacefully surrounded by her loved ones.  She will be greatly missed for her ability to care for others and her quick wit.  Debra lived a full life as a wife, mother, sister, and friend.  She was extremely creative and had many hobbies including fishing, gardening, decorating, and spending time with her family.  Her legacy will live on in the hearts and minds of everyone she interacted with as well as those she reached but never met.

Debra Cross was the beloved wife of Bill Cross.  Much loved mother of Christopher Wilkes, Ashley Zito, Dustin (Meredith) Wilkes, Tiffiney (Alex) Gambill and stepmother of Billy (Kelli) Cross and Edie (Michael) James.  Cherished grandmother of Madeline, Graycon, Noah, Laney, Henry, Joseph, August, and Elias.  Dear sister of Cynthia Rose Pruitt, Scott (Diane) Pruitt, and the late Martha Herrington.  Daughter of the late Robert Raymond Pruitt and Dorothy Weatherford Pruitt.  Precious stepdaughter of Janet Burns Pruitt and stepsister of Jason (Marcia) Davis.  She is survived by many other relatives and friends who will miss her deeply.  The family would like to thank McLeod Hospice in Florence, SC for taking such good care of Debra in her final days.

Norton Funeral Home & Crematory is honored to be serving the Cross family.

To order memorial trees or send flowers to the family in memory of Debra Pruitt Cross, please visit our flower store.
Send a Sympathy Card