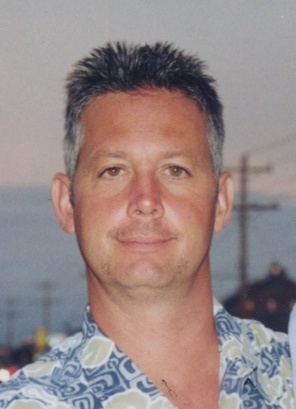 David Campbell passed away peacefully on February 23, 2021, at Anmed Hospital in Anderson, SC, following a short illness. David was born in Camden, SC, April 4, 1960.  He moved with his family to Bishopville, SC when he was six years old and grew up in the place he always thought of as ‘home.’  David was a gifted athlete and could quickly pick up any sport he wanted to play.  He left Bishopville after finishing school and moved to Sarasota, Florida, where he started a 35-year career with FedEx.  His job moved him to Seneca, SC, where he felt close to his great loves: the outdoors, the water, and the Clemson Tigers.

David was a tireless worker and thrived off the personal contact each delivery presented with the hundreds of his routine customers.  He would run up and down the concrete staircases of the Clemson dorms, and relished every encounter with the students. He is a legend among his FedEx colleagues and customers, always going the extra mile to help anyone, no matter whether he knew them or not, he was always ready to lend a hand to anyone in need. Instinctively generous and big-hearted, David was truly the modern-day Good Samaritan.

David was passionate about Clemson football and gardening.  He rarely missed a game in Death Valley. He loved his yard and was proud of his landscaping. The gardening bug came from his mom, Emily Laney, who never saw a plant she didn't like. And he loved his cats and dogs. He had a quick wit and child-like spirit that endeared him instantly to anyone he met. He always knew how to throw a party and never met a stranger.

He is predeceased less than three weeks by his father, Burke Campbell, and his mother, Emily Laney, who died in March, 2018. He is survived by his wife, Christy Campbell; his son, Joshua Parker; his stepmom, Sybil Campbell; his sister, Cathy Shuford (Jacob); his uncle AL Holland, and his cousins, Sharon Longabaugh (Mark), Matt Myers, John Myers (Elaine) and Laura Bauer, (Mike).

Funeral services will be private for Mr. Campbell.

He will be interred alongside his mother in Bethany Baptist Cemetery near Bishopville. Memorial donations in David’s memory can be made to the American Society for the Prevention of Cruelty to Animals.

Norton Funeral Home is honored to be serving the Campbell family.

To order memorial trees or send flowers to the family in memory of David Campbell, please visit our flower store.