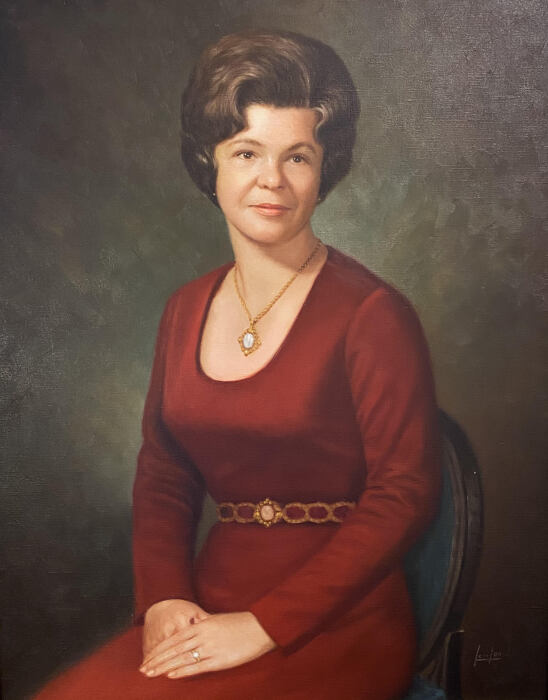 Mrs. Constance Odom "Connie" Morrison, 93, of Hartsville, went home to be with Lord & Savior on Friday evening, May 7th, 2021, while at Morningside with her loving family.

A funeral service will held at 4:00 on Tuesday afternoon, May 11th, 2021, from New Market United Methodist Church.  Reverend Gene Feagin and Reverend Mike Parnell will officiate with burial following in the church cemetery.  The family will be receiving friends one hour prior to the service at the church.

A native and lifelong resident of Hartsville, Mrs. Morrison was a daughter of the late Leon & Callie Tennant Odom.  Connie was a very determined, hardworking lady; even with her handicap, nothing stopped her from what she wanted to do which included water skiing.  She was a pioneer of Bellsouth Phone Company for 27 years and church secretary for 30 plus years at New Market.  She developed many friends while at Morningside and even delivered the mail to them while she was a resident there.  Connie’s love and devotion for her family and her Lord was great.

She was preceded in death by her parents; husband, Robert Morrison; siblings: Waverland Odom, Ada Gainey, and Naomi Johnson.

The family would like to extend their sincere gratitude to Morningside of Hartsville and Crescent Hospice for their care of Mrs. Morrison.

Norton Funeral Home is honored to be serving the Morrison family.

To order memorial trees or send flowers to the family in memory of Constance Odom "Connie" Morrison, please visit our flower store.