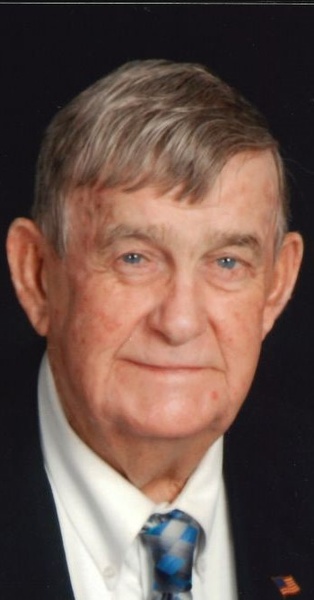 Visitation will be on Monday September 27, 2021, at Norton Funeral Home from 5:00-7:00 p.m. Funeral services will be at North Hartsville Baptist Church on Tuesday September 28, 2021 with Reverend Ladell Humphries officiating. Burial will follow in Magnolia Cemetery in Hartsville with a USMC honor guard. Masonic Rites will be conferred by Hartsville Lodge 173. Pallbearers will be Jimmy Howell, Greg Smith, Ed Howell, Eddie Beck, Steven Watford, and Rocky Atkinson.

Marvin attended Hartsville schools, served in the United States Marine Corps 1958-1962 at Parris Island, Camp Lejeune, and the Armed Forces recruiting station in Albuquerque, NM. After his service in the Marines, Marvin returned to Hartsville and worked in the Sonoco Paper Mill on every machine except #10 from 1962-1998. Marvin was a member of the Sonoco Old Timer’s Club.

In earlier years he enjoyed fishing. In earlier years he cut firewood to help keep the house warm in the winter. He bowled for a short time and his longest and most enjoyed hobby was having a vegetable garden and using his International Farmall 140 tractor and working around his fish pond. Marvin drove a Chevrolet truck, no other brand. Marvin enjoyed going to breakfast at Carolina Lunch sometimes sitting at the "liars table". He also enjoyed going to breakfast at Hardees. Marvin also enjoyed old cars and drove his A Model to the Sonoco Old Timers Picnic on at least one occasion.

Marvin and Elaine were married at Cedar Creek Baptist Church in Chesterfield County (where Elaine went to church growing up) on July 30, 1964. Marvin and Elaine lived at 139 Robinhood Road from 1964-1971 and at their current home, 1111 Hunt Drive, since September 1971. They had dogs for pets for many years (usually Boxers) but in more recent years they had cats (only one at a time). For brief periods in various years Marvin also had goats, chickens, and peacocks. Goats, chickens, and peacocks are very susceptible to attack from wild dogs and other predators.

Living in the same neighborhood since 1964 caused them to be close to the other neighbors that had been also been living there for many years. The Howells, Smiths, Winbornes, and Graingers.

Memorials may be made to North Hartsville Baptist Church, 1105 Patrick Highway, Hartsville, SC 29550.

Norton Funeral Home is honored to be serving the Whittle family.

To order memorial trees or send flowers to the family in memory of Clyde Marvin Whittle, please visit our flower store.