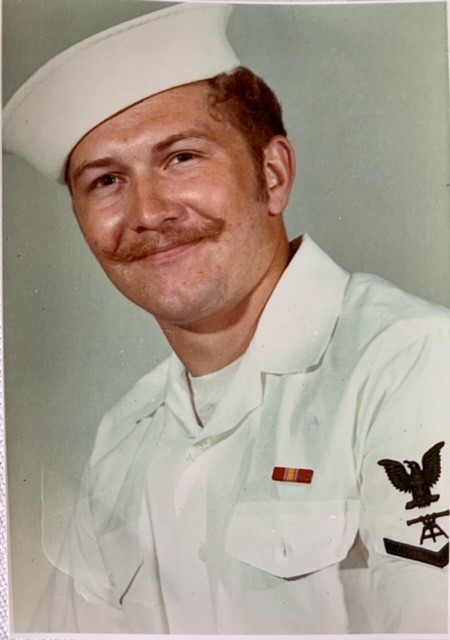 Chuck was a proud U.S. Navy submarine veteran who served honorably from 1969-1989, throughout the Cold War Era attaining the rank of Senior Chief.  He was rarely seen without his U.S. Navy or Submarine Veteran hat on and was known to many simply as “Senior” long after his retirement.

Chuck found a second family tailgating at the University of South Carolina Football games.  He piloted the Deerslayer/PGPT Tours garnet and white “bus” that was known far and wide as the marker for amazing tailgating.   He quickly became dubbed the “Chuck Wagon” for his master cooking skills, his famous hog sauce, and willingness to feed anyone who stopped by-even a stray Clemson fan or two.

Chuck, above all, was a family man.  He placed his wife and children before everything, even himself.  His joy was found in attending T-ball games, track meets, dancing recitals, scouting events, spelling bees, and academic challenge team meets.  At Christmas, he could always be found in the kitchen baking cookies with his family to send to everyone from the postman to his nurses, to family and friends.

Chuck leaves behind his wife of 48 years Jewel Hoover, his son Tim Hoover (Gingham), daughter Khristina Hoover McCoy (Jason), two grandpups Bella and Powell, a grandcat Little, his cousins Cheryl Lingle and Linda Kamerer, and many nieces, nephews and friends that he considered family.  He was preceded in death by his brother Gary and his parents Charles and Margaret “Peg” Hoover.

The family invites everyone to stay for one more cook out with Chuck to celebrate his life after the Memorial Service.

In lieu of flowers please donate to one of dads favorite
charities below:
https://www.navymemorial.org/general-donation
HTTPS://www.dav.org

Norton Funeral Home is honored to be of service to the Hoover family.

To order memorial trees or send flowers to the family in memory of Charles William Hoover, please visit our flower store.
Send a Sympathy Card