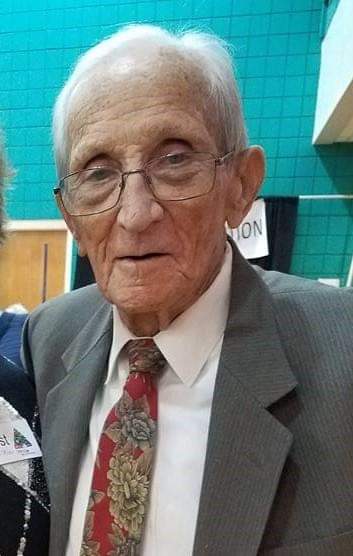 Bethune – Mr. Cole L. Blease Cranford, 96, went home to be with The Lord on Wednesday afternoon, January 30th, 2019, while at the Rehab Center at Morrell.

His funeral service will be held at 3:00 on Monday afternoon, February 4th, 2019, in Patrick Baptist Church.  Reverend Grover Johnson and Reverend Gary Romines will officiate with burial and military honors provided by Fort Jackson following in Patrick Cemetery.  The family will be receiving friends one hour prior to the service at the church.

Mr. Cranford was born in Patrick, a son of the late Cord C. & Bessie Jones Cranford.  Blease was a decorated Veteran of WWII after serving in Italy, the Balkans, France, and Germany. He has 7 Bronze Stars, an American Defense Service Metal, and a distinguished Unit Badge of the U. S. Armed Forces.  Blease was a past-member of Bethune Baptist Church, where he served in several capacities including being a former deacon and was a current member of Patrick Baptist Church.  He loved his family greatly, but one of his greatest loves was the Clemson Tigers.  In 2015, Blease was honored in the Clemson IPTAY Donor Spotlight for being a loyal fan since the late 1940’s.  He only missed 2 home games in 46 years.  Blease worked with Sonoco for 37 years and retired in 1984.

He was preceded in death by his wife, Olivia Adams Cranford, of whom he was married to for 52 years; parents; 11 siblings; and a grandchild, Chad Cranford.

Norton Funeral Home of Hartsville is honored to be serving the Cranford family.

To order memorial trees or send flowers to the family in memory of Blease Cranford, please visit our flower store.