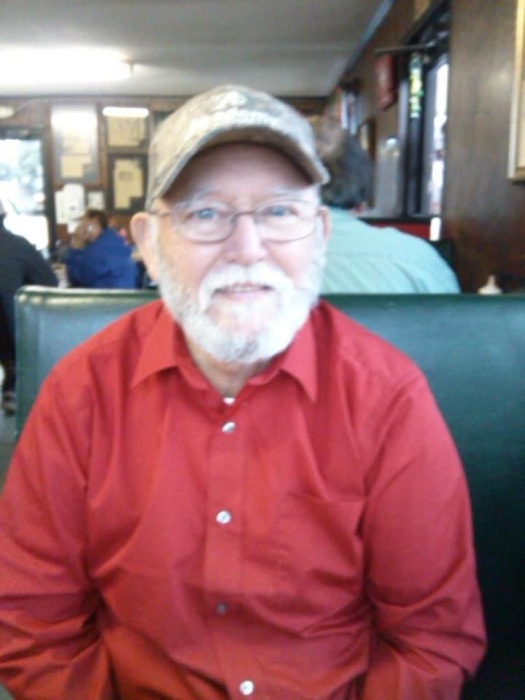 It is with profound sadness and heavy hearts the family of Alvin Henry Byrd of Patrick, South Carolina, announce his passing on November, 23, 2020.  Alvin passed away peacefully into his heavenly home on Monday morning, following a short illness in McLeod Hospital, Florence, SC at the age of 75 years old.

He was a graduate of Hartsville High School and attended Florence Darlington Technical College.

Alvin was always his family’s favorite Marine. He lived a full life with many adventures during his USMC service and fishing trips afterwards. Once he spent three

days stranded at sea during a fishing boat trip with friends. Watching each day, as their boat was surrounded by sharks, before being rescued by the Coast Guard.

He retired from Sonoco Products Company with 30 years of service in Hartsville, SC.

Alvin enjoyed life and lived it to the fullest. He was an awesome shag dancer in his teen years, winning many trophies and recognition in several shag contests. He was a loving uncle, chaperoning many spring break beach vacations for his son, nephews and their friends.

He loved sharing conversations, reminiscing past life events and he was a gifted story teller with his family and friends. He especially loved spending time with his son, Mark and his grandsons, Ryan and Jordan. They enjoyed many fishing and hunting trips together. Little Jordan filled his PaPa’s heart with the purest of joy, as only a grandchild can do, spending time loving his PaPa. Traditions were very meaningful and close to Alvin’s heart. He continued his own father’s Christmas tradition each year, gifting his grandsons, nephews and great-nephews pocket knives.

Alvin was a man of faith. He always stood firm in his Christian beliefs throughout his life. He was a devoted servant and witness of our Lord and Savior Jesus Christ. Anyone who knew him recognized Alvin as a Christian man.

Alvin is survived by his loving children and grandchildren. Alvin was the proud father of three children, John Mark Byrd (Kristine) of Hartsville, SC, Tiffany Byrd Rapp (Tolaver) of Cleveland, Ohio, and  Bridget Byrd (Donald Lea) of Charlotte, NC. Alvin was a blessed and proud grandfather to his six grandchildren; Ryan Thompson, Mackenzie Thompson, Aria Lea, Jordan Byrd, Jameson Rapp, and Levi Rapp. One brother, Johnny Byrd, one sister Sheila Byrd Johnson (Terry) all of Hartsville, SC., along with several nieces and nephews. He will always remain lovingly within our hearts, we all will miss his sweet smile, witty humor and funny stories.

He was preceded in death by his loving parents, Albert and Kitty Byrd.

Norton Funeral Home is honored to be serving the Byrd family.

To order memorial trees or send flowers to the family in memory of Alvin Henry Byrd, please visit our flower store.