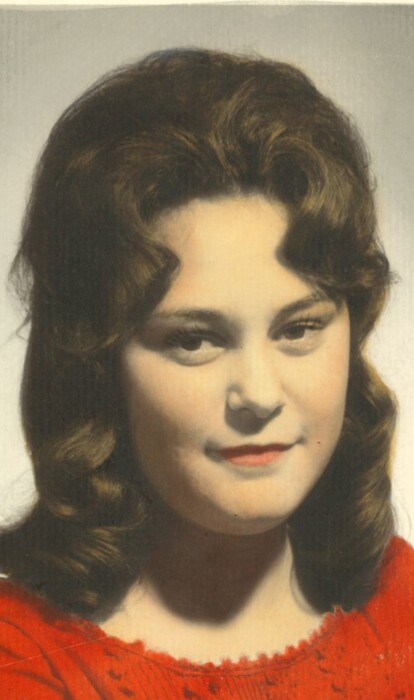 Alice Lucille McLemore, age 73, of Hartsville South Carolina (formally of the Massey Hill neighboorhood in Fayetteville, North Carolina), took her last breath in her earthly body, and opened her eyes to the glorious streets of gold in Heaven on Friday the 9th of October. Alice was a master homemaker her entire life, and she was the best Mom that any child would be lucky to have.  As any true southern Mama would, she was sure to remind her children not to "embarass her name" before walking out the door.  Throughout the years she was the "neighborhood mom" and the go-to cake baker for every occasion; however, if you wanted to bring HER a lemon meringue pie, she would gracefully accept for a taste test.  She was an avid leaf raker, and when she wasn't outside raking those dang leaves, you would most likely find her inside cleaning obsessively while performing her spot-on impersonation of Patsy Cline, Loretta Lynn or Tammy Wynette. She was loved by many people that crossed her path. Life was difficult for her but she always persevered and made sure that her children were taken care of. Her children were always on her mind, and she worried about them til the very end. Alice was born March 10th, 1947 to the late John Henry McLemore and Ollie Lee Moore-McLemore of Fayetteville North Carolina. She was preceded in death by two sisters: Baby McLemore and Deborah Lynn McLemore, and a granddaughter: Meagan Janel Hickman.  Surviving to carry on her memory is her large dysfunctional family of which she was fiercely protective and proud: Lynn Dixon (Glynn) of Hartsville South Carolina, Tommy Smith (Tammy) of McBee South Carolina, Alice Burkhalter of Galivants FerrySouth Carolina, Sherry House (Todd) of Clayton North Carolina, and Angela Lashley (Quentin) of Pittsburgh Pennsylvania. Alice is also survived by 8 grandchildren who she called her "hearts": Chad (Jessica) Gainey, Amanda Cole (Ryland), Miken Gavia, Alyssa NaDell (Ryan), John Michael Hickman II, Christian House, Christopher House and Michael Thomas Burkhalter. The loves of her life are her 6 great grandchildren: Ayla Cole, Kaylen Cole, Lilliauna Gavia, Aubrey Gainey, Eli Gavia and Addison Gainey. Alice is also survived by 2 sisters: Fran McCauley (Nuel) of Hope Mills North Carolina, and Ruby McLemore of Fayetteville North Carolina in addition to 1 niece: Karen Lovering (Gary) of Clayton North Carolina, and 1 nephew: Jason McCauley (Renee) of Wilmington North Carolina as well as a host of extended family and friends.

Services to be announced.

To order memorial trees or send flowers to the family in memory of Alice Lucille McLemore, please visit our flower store.